How to prepare children for the jobs of the future

Our stores are operating under the Covid-19 Protection Framework protocols at all traffic light settings. You can also buy online, call or chat with us.

TXT/SMS scams that infect mobile phones with a virus are ongoing, so please be vigilant. If you receive any suspicious messages, don’t click links or download any apps/updates. Read more about Flubot.
Business Customer stories and insights

By Temujin Doran and Nell Lewis

London (CNN Business) Today's classroom is a far cry from the traditional image of locker desks, chalkboards and pencils. With education expected to prepare children for a fast-changing digital workplace, technology-led learning is becoming the norm and kids may be coding before they can read and write.

As a result, global spending on educational technology is booming. It's expected to double to $341 billion between 2018 and 2025, according to data and research firm HolonIq.

"We're asking young people what they want to be when they grow up, when maybe more than half of the job's tasks and industries they may work in have not been invented yet," says Heather McGowan, a future work strategist who helps to prepare people and organizations for the Fourth Industrial Revolution, which will see the world reshaped by artificial intelligence, robotics and other technological breakthroughs.

A report by the World Economic Forum notes that 65% of the children entering primary school in 2017 will have jobs that do not yet exist and for which their education will fail to prepare them.

Education must adapt accordingly. McGowan thinks this means less focus on transferring knowledge, and more on the ability to learn for yourself.

"The foundational knowledge of the future is your own ability to learn and adapt, because if you don't your career will come to a screeching halt after a couple of years," she says.

Tools for the future

This new era of education also demands a fresh set of tools. Take Cubetto, a small wooden robot that moves on a board when a child inserts blocks with commands such as left, right or forward into a connected base.

The Cubetto kit, costing $225, is being used by schools and parents to teach children as young as three to code.

"It's a skill that you can apply to anything: you basically learn to think in a very logical and rational manner," says Filippo Yacob, founder and CEO of Primo, the toy maker that developed Cubetto.

"For us, it's about making children future proof," he adds. 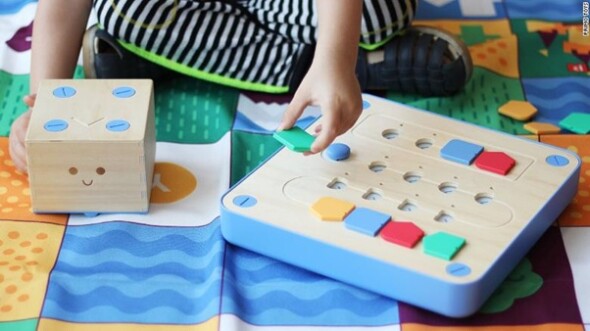 However, the effectiveness of such tools depends on maintaining the attention span of a young child.

"It needs to be something fun and adventurous, not just homework," says Alex Klein, CEO and founder of Kano, an educational technology company.

Kano's signature product — the Kano computer kit — is a build-your-own computer or tablet. Students follow a step-by-step guide to connect the parts, and once it's up and running they can play on several apps, from learning to code to creating music and games.

In the United Kingdom, educators are welcoming the use of technology. According to a survey by Promethean, 54% of teachers are using educational technology this year, and 94% acknowledge that it can improve engagement among students. 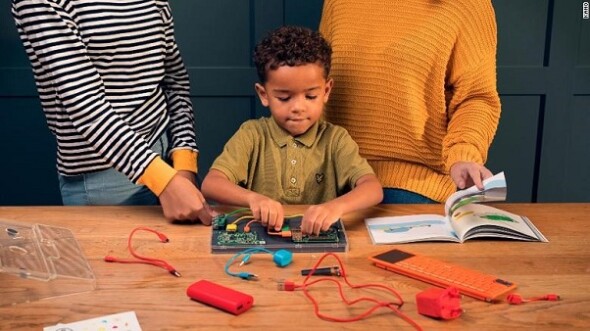 Not just for teaching

On October, the Kano PC -- a build-your-own Windows computer -- will be available to purchase for $299

Technology is not only helping to teach kids, it's also creating a better learning environment.

Danish companies Velux and Leapcraft have been working together to introduce sensors into the classroom. They developed the Ambinode — a small white box that monitors noise, temperature, air particles and CO2 levels.

Data is then fed to a smartphone app, so that a teacher or facility manager can monitor the environment and make sure it is as comfortable and productive an environment as possible.

One report by the University of Salford found that physical factors such as natural light, temperature and air quality can increase the learning progress of primary school pupils by as much as 16% in a year.

"The danger is, if you don't get these things right, that children are really being hampered in their learning and it's undermining their efforts to progress academically," says professor Peter Barrett who led the study.